The Devil’s double in 2013 gave Canchari his first stakes win.  He has since gone on to win a multitude of stakes races.  However, this is the only stakes race Devil and Half has ever been entered in and he has won it the past two consecutive years.  His first time entered in this race, he finished second to The Mallard Man in 2011, ridden by Calvin Borel, but has since never relinquished his dominance of this race.

This seven year old gelding by Storm and a Half – Rainbows Are Due, by Devil His Due, will meet familiar foes again this year.  The Devil came from fourth to defeat Humble Smarty and Presidental Colors last year on a nice ride by Canchari.  Humble Smarty and Presidental Colors both show up again to run with the Devil, but they’ll have to do better than last year when the Devil smoked them by 6 lengths to defend his title.

The biggest threat this year will come from the Al Cates’ coupled entries The Mallard Man (Borel) and Mallard’s Bro (Ricardo Santana, Jr.), as well as the Pistolpackinpenny with Jon Court in the irons.  Watch for the push to come from Humble Smarty as Devil and a Half lays back and waits for the seam.  My longest shot in this race is, in fact, Presidental Colors at 15-1.

David Mello is riding well at Oaklawn this meet.  He’s on the Ken McPeek horse Trace Creek at 9/2.  The remaining entries are listed below.  Good luck! 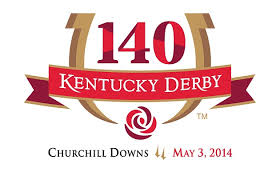 I really wanted to get as many California runners as possible on my list, but seems like Kobe’s Back only likes the Santa Anita dirt. Can’t back Tamarando either. Tamarando runs best in Cali, and only won the El Camino Real at Golden Gate because leading rider Russell Baze was on his back on his home track. Obviously after a sluggish performance in the Spiral, I just can’t keep him on the list any longer. He’s not a shipper that can come in and win. In fact, I can’t find 20 horses to even fill my list. Why even bother when a handful of talented three-year olds will come out as long shots on Derby day? Strong Mandate being one of them. I’m looking for more than one win on the Derby trail, especially in the Derby Championship Series where the points get bigger and competition gets tougher. Next weekend we have the Florida Derby, the Louisiana Derby and the UAE Derby. The best of the best will begin to emerge, and we will see who really has the heart of a champion. Here’s my stab at the Derby list: 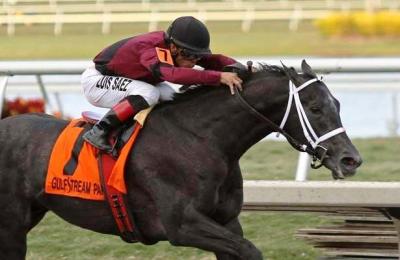 1. Cairo Prince – Next up: Florida Derby
2. Samraat – Next up: Wood Memorial
3. Tapiture – Next up: Arkansas Derby. I’m not giving up on this horse either.
4. California Chrome – Next up: Santa Anita Derby. This is my Cali horse on top!
5. Intense Holiday – Next up: Louisiana Derby. This horse may not win the Derby but when all the points are added up, he’ll be there.
6. Strong Mandate – Two rough trips but still managed to finish strong.
7. Candy Boy – Next up: Santa Anita Derby
8. Wildcat Red – Next up: Florida Derby
9. Bobby’s Kitten – Still holding on to this one. But making us wait until April in the Bluegrass Stakes to see how he runs.
10. In Trouble – Next up: Wood Memorial
11. General a Rod: Next up: Rematch with Wildcat Red in the Florida Derby.
12. Uncle Sigh – Next up: Wood Memorial
13. Hoppertunity – Next up: Santa Anita Derby or Arkansas Derby. Another Cali runner with huge potential. Hoping he doesn’t ship to Arkansas. Salivating over the possible Cali Chrome, Hoppertunity, Candy Boy entries in the SA Derby!
14. Commissioner – Today’s run in the Sunland could solidify Commissioner.
15. Midnight Hawk – I’m desperately trying to not put this horse on my list. But, let’s see how he does in the Sunland today.

Speaking of the Sunland, all eyes will be on Tanzanite Cat, Commissioner and Midnight Hawk, but I’m not opposed to seeing an upset here. The “other” Baffert horse Chitu is a contender, as well as the “other” Pletcher horse, Global Strike with the red-hot Javier Castellano on board. My longest shot bet is Rebranded. Ry Eikleberry is the leading rider at Sunland (nearly 30 more wins) and is familiar with the play of track. Unfortunately, he drew the rail. I am hoping for Commissioner to win, so I can stamp him Derby-bound and move Midnight Hawk down the list. One of the most over-hyped horses … I’d rather put We Miss Artie on my list. 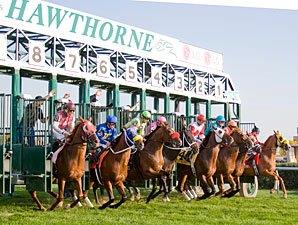 Jockey Tim Thornton and trainer Mike Reavis have been friends for nearly 10 years.  Tim Thornton was the Jockey King of Chicago in 2013, and has started 2014 the same way he finished the fall meet, leading the jockey standings at Hawthorne by taking five trips to the winners circle on opening day.  Looking at today’s card, he could be smiling for the camera at least three times today.

Tim has been riding horses for Reavis for many years in Chicago, and they have been a successful team.  But, when Tim Thornton puts his toes in the irons of an unraced three year old for Mike Reavis, a different side of the floppy-haired, laidback Thornton emerges.  He loves racing three year olds, and rarely gets the chance to get on a good one (as is the story of thousands of other jockeys).  Today in Race 3 at Hawthorne, he gets Dittman Thunder, a Reavis three year old colt which has never been tested.  However, Dittman Thunder is familiar with the Hawthorne dirt (and snow).  Worked one mile his first time out and backed down to 6 furlongs after that.  He did breeze from the gate only once on February 13 and most recently finished 3/8 on March 1 at six furlongs.

There’s really nothing very interesting about this colt, certainly not the pedigree (After Market – Glenbriar Girl, by Gold Case), he hasn’t had impressive works, but Dittman Thunder is the only first time starter in Race 3 and he is 7/5 on the morning line.  What’s interesting is that this colt, in particular, is the three year old Reavis gives to Thornton.

The Racing Dudes took you through the late Pick 4 at Hawthorne, so I’ll give you Races 1-4:

Thornton and Larry Rivelli team up with back-to-back three year old fillies in Races 1 and 2.

Of Note:  Race 6:  #3, Epic Phelps.  I missed the barn switch on this one from Gabe Retena to my go-to trainer Clay Brinson.  Anxious to see what Epic Phelps does after being in the Brinson barn.  Hawthorne Lady Bug Stephanie Slinger gets the mount.  In tough company though with #2 Come On Man and #4 Henry’s Time with the other Lady Bug Heidi Rose aboard. Would like to see Hawthorne continue its history-making season of having all-female trifectas, but with Taylor B. Rice moving on to a stellar season at Aqueduct, and Rosemary B. Homeister, Jr. still at Oaklawn, we’ll have to settle for the exacta.